A Star-Wheeled Sky begins with a full and proper space-opera setting, in the ship called Daffodil. In a couple of pages of the prologue, we quickly get the gist of the factions at play, a rough idea of humanity’s progress in expansion in the galaxy, and the sense of the alien through the Waypoints. A hole lot of of essential world-building that I, for one, thought was executed well.

Shortly after, we’re introduced to the characters Zuri Mikton, Garsina Oswight, Wyodreth Antagean, and Golsubril Vex, and later a few more. And the conflict rises from the worlds, this great mystery of a new Waypoint that just showed up. The narrative shows this isn’t normal and, considering they’re in the midst of a war, not good. Torgersen uses several of his various characters to give another piece of the world and the puzzle through their eyes as the story progresses toward the climax, blending in the information almost seamlessly.

By far, the character that I enjoyed reading the most was Elvin Axabrast. He’s complex and well developed. Hard on the outside but soft within. He sees life simply but is also able to acknowledge the various complexities that are attached to daily living and history. The strong silent type here works and it’s because he’s a war veteran with a family attached history he’d rather everyone not say anything about. I was delighted when he got his own chapter from his point of view and got more of a feel for his personality.

The scene I most enjoyed, though there are many I wanted to pick, was the part near the end of Chapter 16 when Captain Loper revealed how Wyodreth used to be as a young adult. This scene resonated as the most relateable and as an important message for people to think about. In the scene, Loper’s reveal gives Wyodreth a new perspective on his preconceptions of the Lady Oswight. The point wasn’t that she’s young and new to adventure, trying to make her own mark in the universe and being bossy in the endeavour, but that people should consider others and reflect on their own behaviour, thoughts, and past in order to see the other person’s perspective and try to understand them.

“I’ve forgotten more in my time than you could ever hope to know in yours. And that’s depressing, you understand? Why go through the trouble to teach yourself something, when you’ll have to decide to eventually to let it all fall away again later? Took me at least a couple of centuries to figure that out.” – Lethiah.

I particularly enjoyed that space battles weren’t instantly full-on contact, taking several hours from detection of the enemy to reaching firing range. The feeling of “silence” during the battles is believable and appreciated, and Torgersen’s pacing is wonderful.

It could have been a more immersive story if I didn’t have to break out of the flow every now and then from the authorsplaining or repetitions of information already revealed. Of course, I read the ARC and this might be corrected in the final print version.

I experienced disorientation each time I had to pause reading to tend to real life mundanes. It felt like I was ripped from hundreds of lightyears away back to Earth in a few minutes. As much as it has it flaws, I found the story hyper immersive. When I realised I was half-way through, I didn’t want it to end.

A Star-Wheeled Sky is like some mash-up of 2001: A Space Odyssey and the Battlestar Galactica series (remake). All-in-all a riveting and enjoyable military sci-fi story packed with action, suspense, and mystery. Though I am disappointed with the lack of resolution at the end. If this is the first in a series, it might not be so bad and what I’d expect of a cliffhanger ending. That doesn’t hold in a stand-alone book for me. I do hope there’ll be sequel.

And to top it all off, Alan Pollack’s artwork for the book’s cover is spot-on true to the scene it’s based on and brilliantly made. 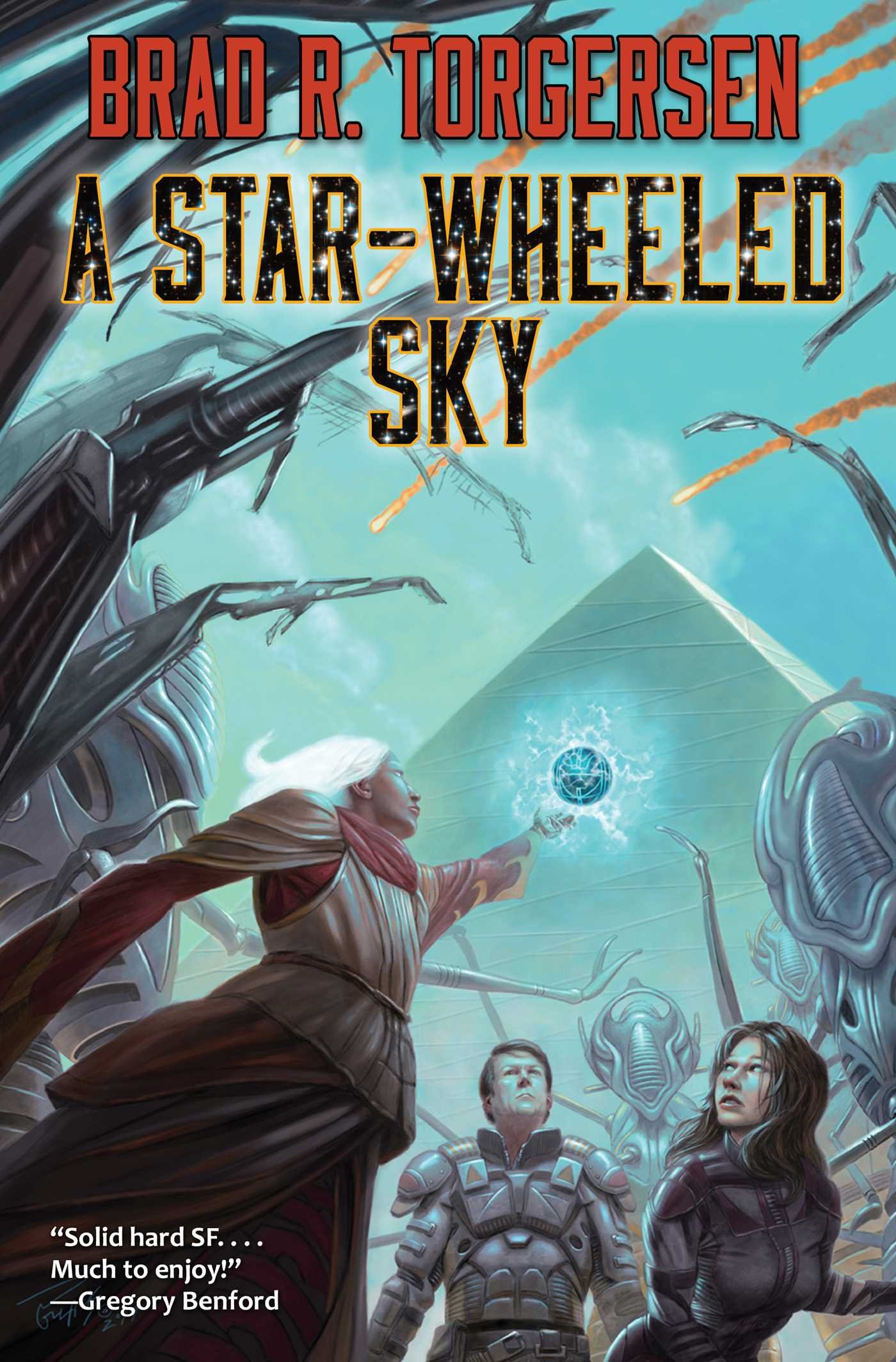 A Star-Wheeled Sky by Brad R. Torgersen, publishing under Baen Books, comes out in December 2018 and is currently available for pre-order.