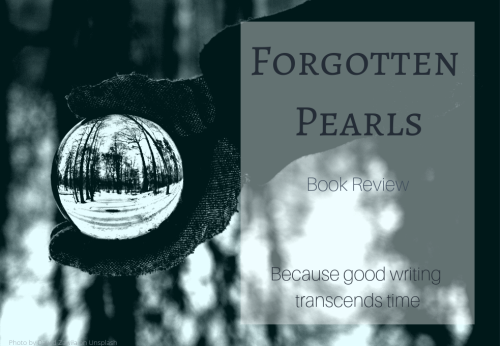 With a little nudge from my friend Jasmine, I will be getting into more book reviews and studies of literature. She already started the Forgotten Pearls book review series and I will be joining alongside her in exploring great literature of the past. As she says “because good writing transcends time.”

Jasmine covered The Left Hand of Darkness by Ursula K Le Guin that ventures into social science fiction, so I will be going over Le Guin’s fantasy side with the first of her Earthsea series, A Wizard of Earthsea.

A Bit About The Book

A Wizard of Earthsea was first published in 1968, and had taken Le Guin around a year or so to write1. The book won the Boston Globe–Horn Book Award in 1969 and the Lewis Carroll Shelf Award in 1979, and it has become a staple in fantasy literature since.

The story focuses on the young wizard-in-training Ged and his journey to becoming a full-fledged wizard. Ged faces challenges that have been placed on him at too young an age, partly through his own actions, but he perseveres and overcomes these as he grows.

The book is a coming of age story but it transcends age, and it is just as good a read for a teenager as it is for someone in their 30s or 40s and so on.

As masters of writing are wont to do, Le Guin bends the rules from the get-go by starting the story with a narration style that introduces the protagonist, Ged. She uses this device to hook the reader in and, retrospectively, make us want more of the story by the end of the book. A wonderful tactic for a series. While difficult to achieve, Le Guin nails the effect by giving clues of Ged’s future in the series without spoilers or revealing too much.

She then weaves into the “present” time of young Ged shortly after, without breaking scene, and dives us right into the story to learn about him. Le Guin’s characterisation of not only Ged but all of the characters is something to be in awe of. While reading, I was quickly invested in what happens to everyone shortly after they’re introduced in the story.

Even caring about the antagonist, who is rather otherworldly. Le Guin is able to make me care about the shadow, and not in the sense of hoping for Ged to defeat him. I’m sure I’m not the only one.

Using the device of third-person limited, and subtle deep POV, Le Guin lets the readers get into the head of Ged to see his thoughts. This makes for an immersive story that was difficult to break out of (for adulting things like sleeping at a proper time).

I couldn’t put it down until I finished lapping up every word. Including the very short bit after the end of the story.

As someone with visual aphantasia, I find overly descriptive worlds tedious to endure. It is information I can’t do anything with. Le Guin doesn’t do this. She incorporates just enough description of Earthsea to bring the setting to life without going full Tolkien (never go full Tolkien). With the accompanying maps, following Ged’s travels around Earthsea is easy, interactive, and it further grounds the reader into the world.

Action, brotherly love, despair, horror, and victory are in full swing in A Wizard of Earthsea. A rollercoaster of emotions and events that lead closer to Ged’s final victory over the shadow. And what a twist that scene is! I still get goosebumps thinking about it.

Le Guin’s pacing in the book is brilliantly executed, mixing the fast scenes with the slow ones seamlessly. And each scene surpasses the peak of the previous, building naturally to the climax after which a slow resolution gently brings the reader down from an adrenaline rush to settle in the completion of the character arc and story-line.

Such a satisfying ending.

One that left me pitying the shadow as well as Ged. It’s a bitter-sweet ending to the first book of the series that further shows Ged’s character. I absolutely love that Le Guin uses the conclusion for more characterisation rather than plot, and it is masterful.

The language Le Guin uses in A Wizard of Earthsea is very easy to read, intended for the Young Adult audience. With this choice in reading level, the book fits nicely with contemporary writing. There are little differences between then and now in writing within this book, mainly the folktale-telling style of the narrative, but they don’t detract from reading in this day and age of what to expect. A Wizard of Earthsea is time-fluid in the writing style and fits well with contemporary fantasy. The themes she incorporates are still being used today, making the story familiar to new readers.

As it was then, it is still an essential read for fantasy, perhaps even more so now. At least, in my opinion.

Have you read A Wizard of Earthsea? I’d love to hear your thoughts on it. Did I miss something or have you perceived things differently? It would be interesting to read and discuss the different experiences people get from the book.

3 thoughts on “Forgotten Pearls: A Wizard of Earthsea, by Ursula Le Guin”